Hi there. Welcome to my weekly summary of sketches and review of progress.

Started with a quick lunchtime perspective in Victoria Park. Of course the cars hub-caps were my primary focus – in fact, I only added the rest of the cars outline after drawing the alloys. I also enjoyed exaggerating the curve in the road and the single yellow line.

As I walked past Bath Abbey (through the archway), I tried a quick outline thumbnail sketch. Admittedly, the proportions weren’t quite right, but [in my defence] I only had 2mins before lunch break was over. I later added the white sky outline.

With just about enough time to do a sketch, I headed off to my favourite jaw-dropping location in the city to try and sketch it loosely.

Having then shared it on an Urban Sketching group I’m part of, it blew me away the incredible response I got – the most likes since joining the group. Major encouragement!

That same day (after work), I had caught some kind of sketching bug and just had to draw. This was the view out of a cafe window at some shops opposite. The sun was starting to set which was perfect for testing out a night scene with night lights.

Having not drawn from a photo in a while, I went back to it in this next piece. I must admit, it is a lot better being somewhere and drawing what’s in front of you.

Yes, indeed. I sat through a light drizzle to attempt this drawing. I really wanted to focus on the weather as it was the dominant thing in this scene. 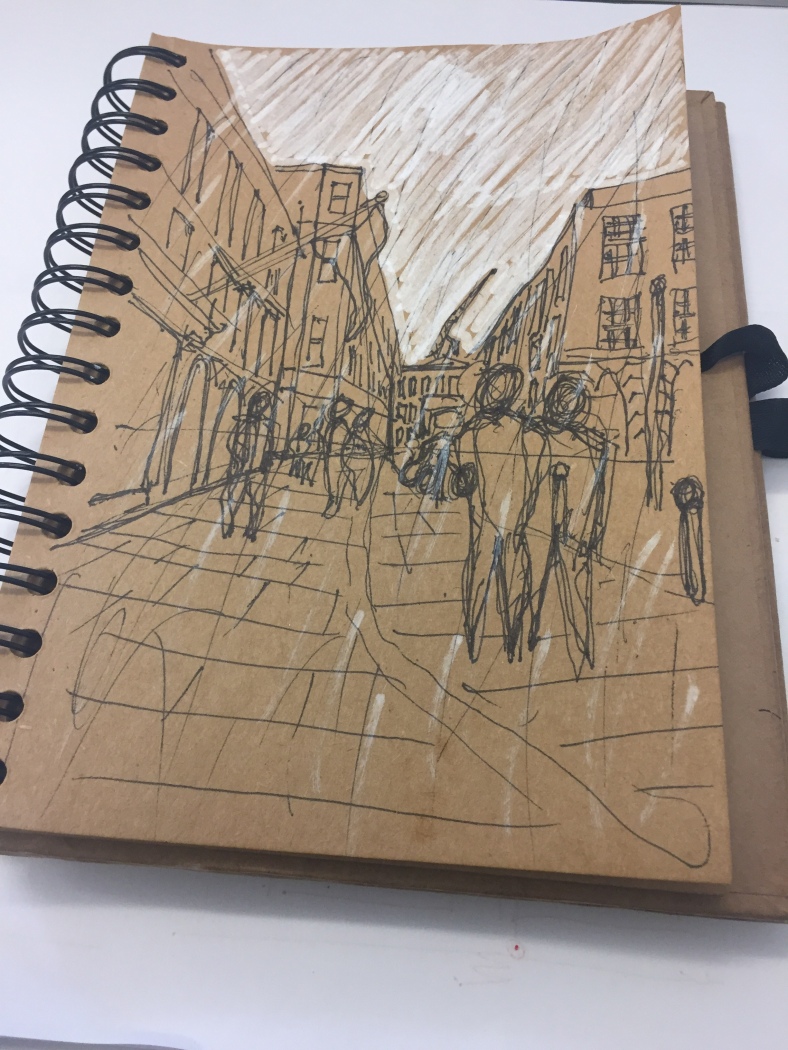 And finally, I started a new grey mid-tone sketchbook which portrays British weather realistically. This is from a photo I took of the Holburne Museum in the snow.

I finally manned-up and drew the complex front of Bath Abbey. I mainly wanted to try out the latest addition to my art collection; the Uni Posca White Pen (I must sound like such a geek!)

FIRST I CHOSE MY SPOT: Outside a soon to be closed cafe.

Unfortunately, I did have to move midway through as they were collecting tables. Eek! This helped speed up my drawing process by focussing my attention on key forms and general outlines rather than the details. I also took a photo for reference later from the same angle. 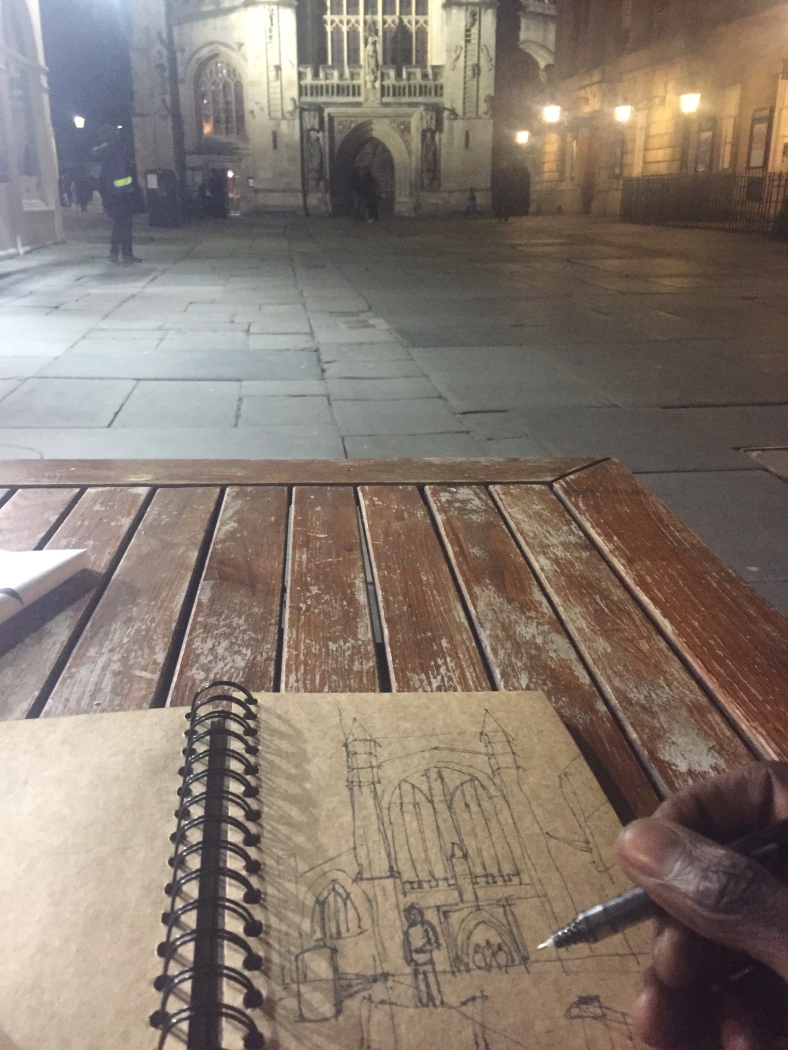 THEN CAME THE DETAIL: I started working inwards adding more lineweight to the outline to add emphasis. This added more depth & contrast and made it more visible from afar.

I had to find my fingers again as it was now freezing. So I went home, had dinner and waited for the feeling to return before continuing (always a handy step!)

Then went over the sky with a black pro-marker and the windows with a 0.7mm pen. 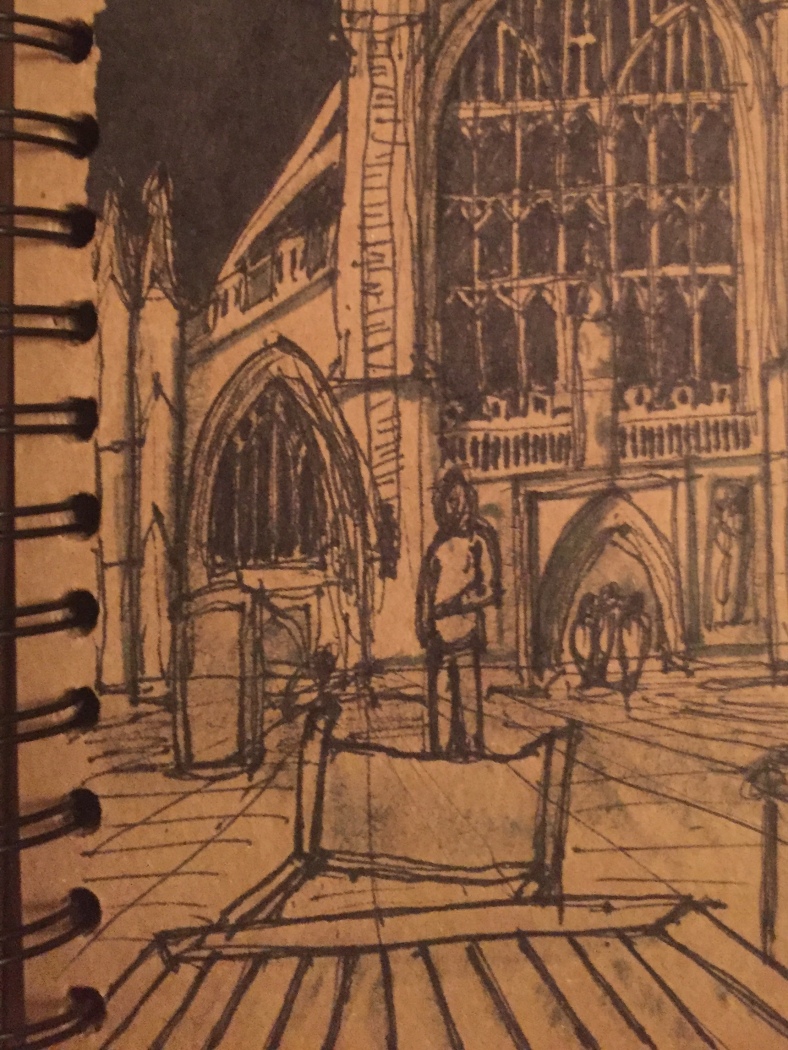 A touch of the Zig Art & Graphite Twin pen shading before the main reason why I started this drawing – the White Uni Posca pen.

I love it! Absolutely love it!

The beauty of using a mid-tone sketchbook is that it has the best of both worlds. You can go one way with colour to add brightness or the other for darkness.

When using a conventional white paper sketchbook, the colours you add can only get darker. I imagine a black paper sketchbook would be the reverse and I hope to one day experiment in one (maybe when this one is done). I can imagine night scenes would be epic! 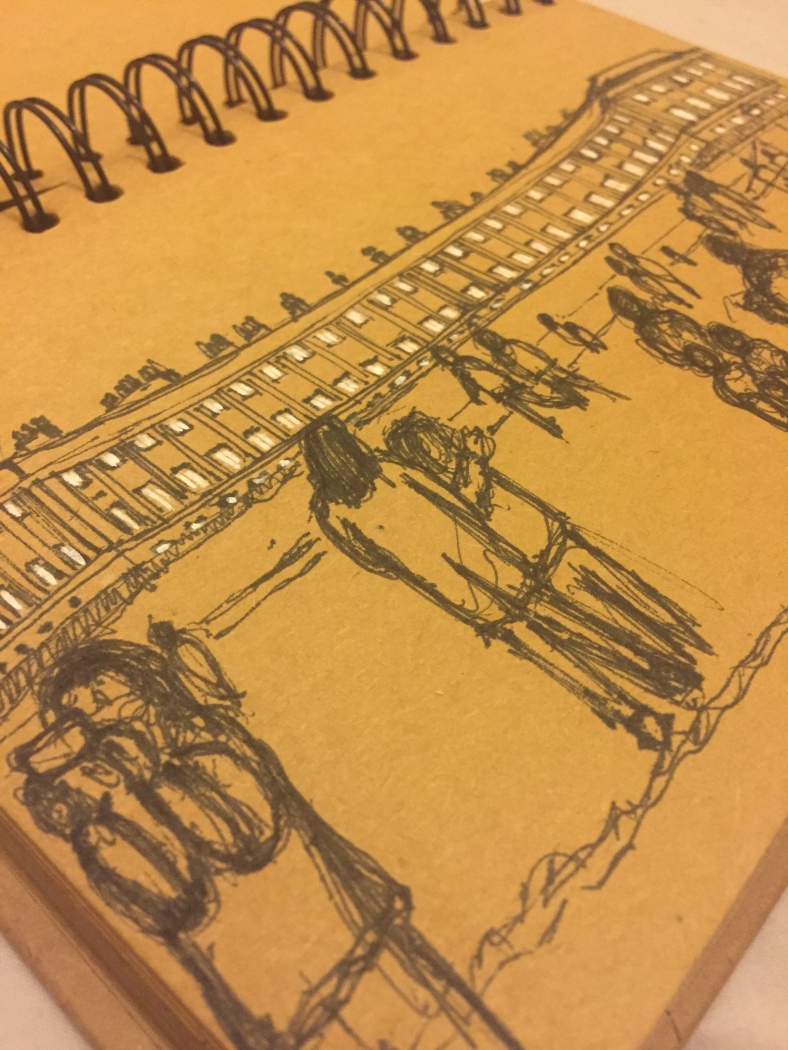 I also went back over this earlier sketch from the Royal Crescent highlighting the windows.

Anyways, enough from me. Let me know what you think. 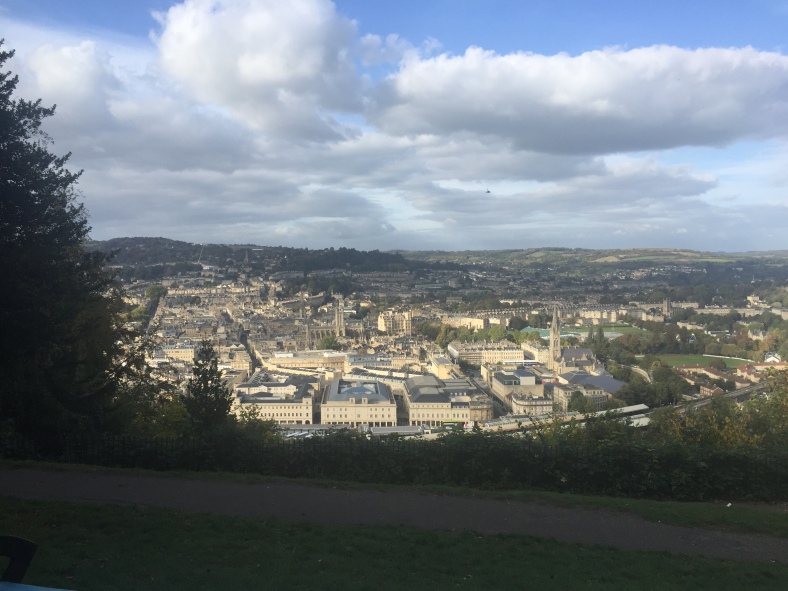 So I accidentally stumbled upon my new favourite spot in Bath – this gem of a view at Alexandra Park. There I was casually strolling past when I saw a sign to “Alexandra Park Viewpoint.” So I followed the steep, steep footpath through the woods to go and check it out. 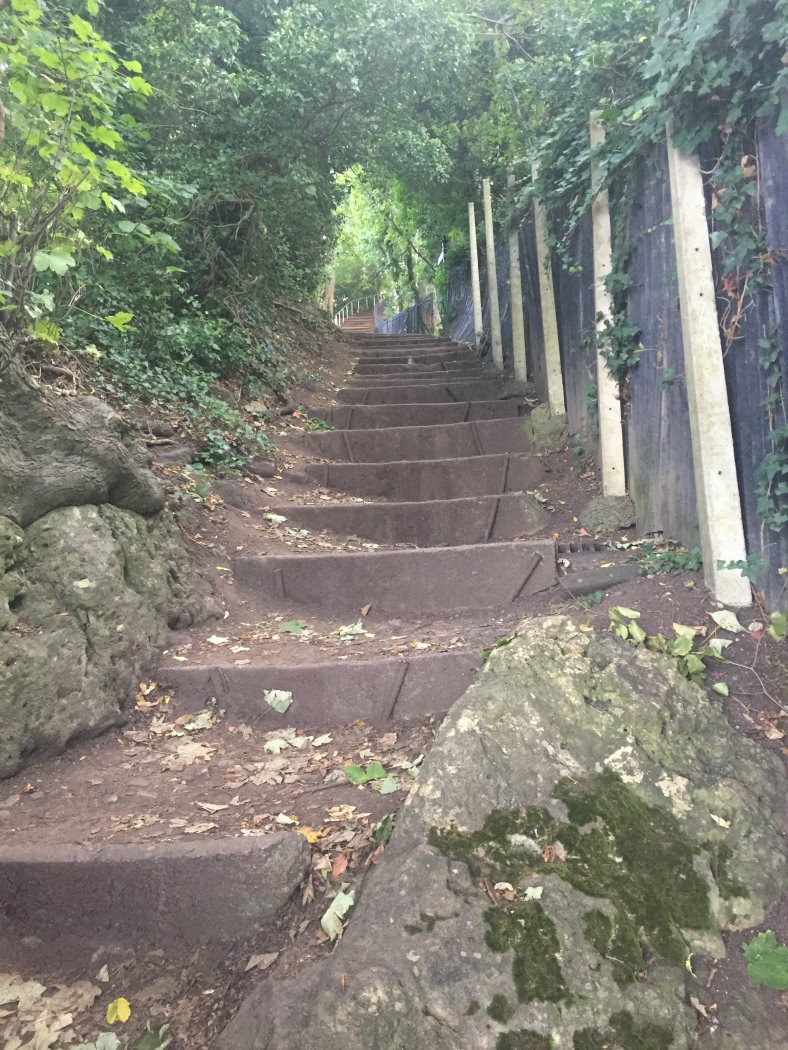 Not gonna lie, my legs were kinda hanging from all the climbing. But it started to look promising at the top as I could see the start of an amazing view over the city through the thick blanket of trees. 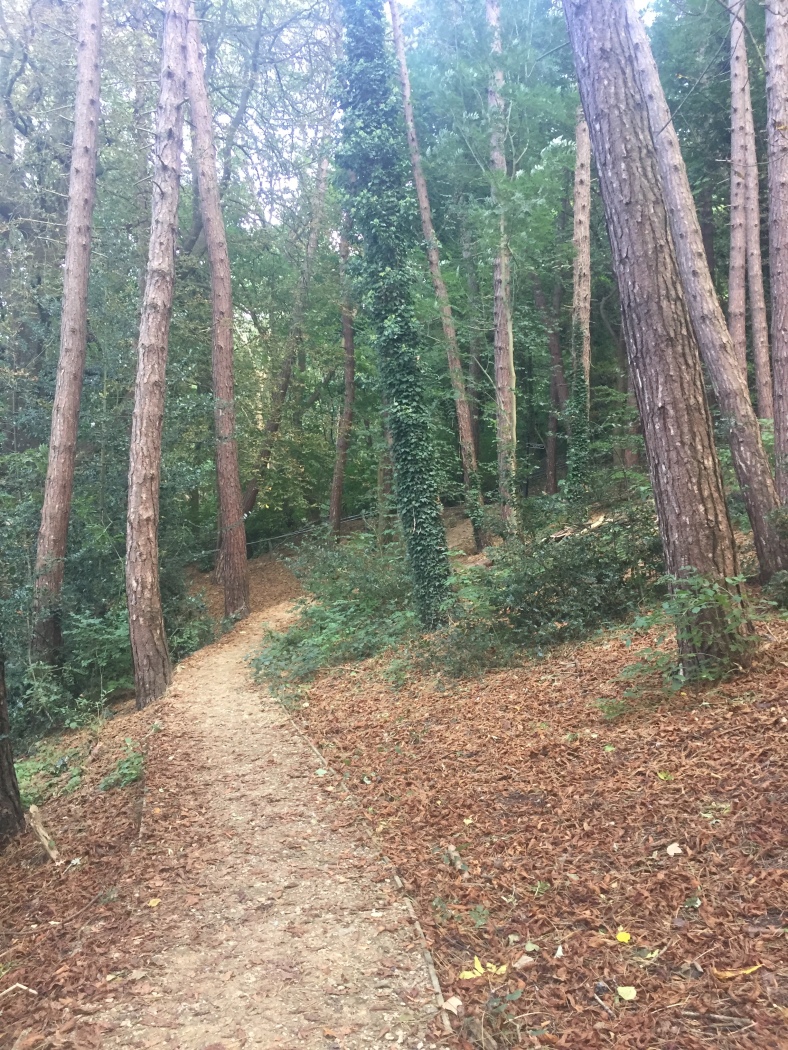 Another long and steady incline to the very top and BAM! There it was! The unexpected opening I so hoped would appear.

View from the top..

Down below, you could see all the famous sites like Bath Abbey, The Royal Crescent, The Circus, Bath Cricket & Rugby grounds to name just a few.

I’m falling more and more in love with this stunning city. If you ever get the chance, I would highly (yes, I said highly!) recommend a trek to the top. It’s kinda peak!

View on the walk back down..

The challenge: To take a black and white photo everyday. No humans, no explanations – just an image of your everyday life. Enjoy! 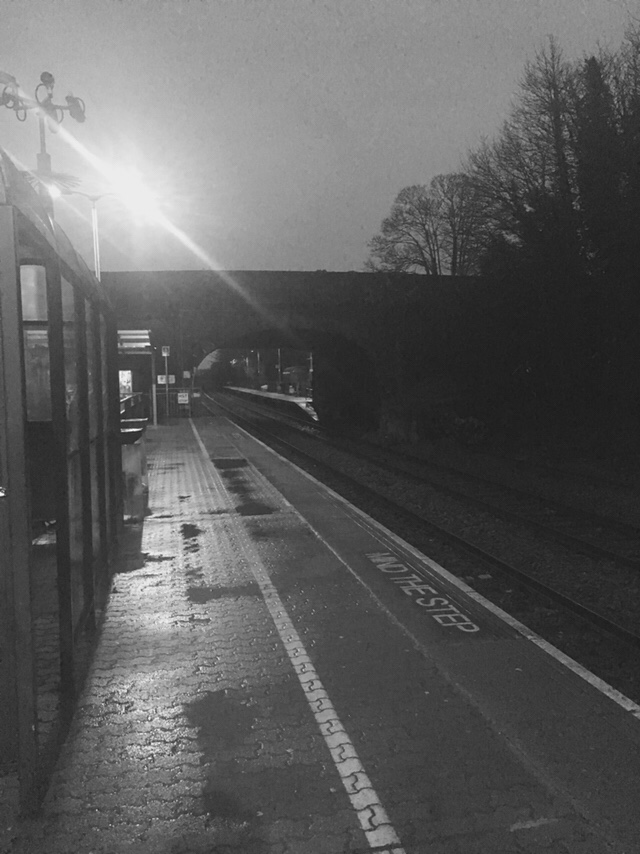 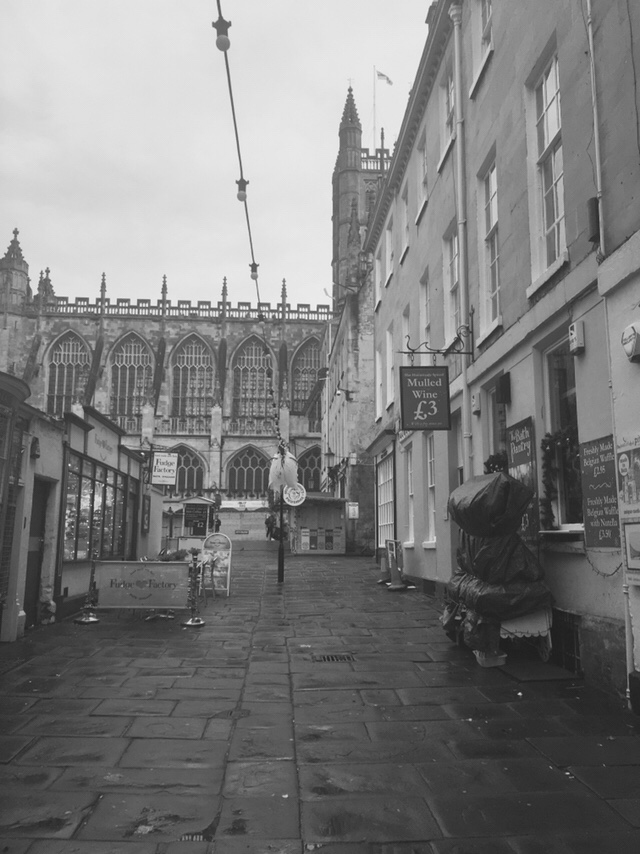